'Selfie deaths' on the rise in India

The obsession with taking a perfect selfie can be dangerous. In India, the number of “selfie deaths” has increased manifold in the past few years, Murali Krishnan reports from New Delhi.

Last week, a man tried to take a selfie with a gigantic snake, who bit him on his shoulder. The man was lucky to have survived. The bizarre incident happened in the northwestern Indian state of Rajasthan.

The selfie fever has resulted in tragic deaths across India. Statistics show that “selfie deaths” in the South Asian country are on the rise.

Some people can go to the extremes to capture the “perfect selfie,” ignoring the dangers. For example, they try to take a selfie in front of a moving train, or go very deep into the sea, or climb to mountain tops to capture their image. In India, the selfie obsession can also be attributed to a sharp rise in smart phone sales

In May, a teenager in the northern state of Punjab died after he accidentally shot himself while taking a selfie with a gun pointed to his head. In July, a man’s attempt to take a selfie while standing in the Ganges River resulted in seven deaths – they got drowned trying to save their friend’s life.

Earlier this month, six female students stood on a rock at the edge of a reservoir in the southern state of Telangana, to take selfies. One student tripped and fell into the lake; the others tried to save her and lost their lives.

“There is a craze about selfies in India. The young people want to impress others, and they don’t even care about the dangers. They want to be seen as daring,” Sanjay Srivastava, a sociology professor in New Delhi, told DW.

‘Everyone wants to be famous’

Recent studies show that the highest percentage of selfie-related deaths involved youngsters between 18 and 24 years.

“Social media dominates our lives. The youngsters, especially in big cities, want to be seen and noticed. In today’s age, everyone wants to be famous. The selfies represent all that,” Kuldip Singh, a behavioral scientist, told DW. Even Indian Prime Minister Narendra Modi is a selfie fan

According to Newsgram, a US-based digital media organization, the desire to get more social media attention is prompting people to capture selfies at dangerous places, in precarious situations, and with, sometimes, even deadly animals.

“It (the selfie craze) has led to heavy injuries and even deaths of those attempting to take an ultimate selfie,” the organization said.

In India, the selfie obsession can also be attributed to a sharp rise in smart phone sales. India is expected to overtake the US as the second-largest smart phone market by next year with a robust annual growth, according to Morgan Stanley, a global financial giant, in its recent research report. By the end of 2016, there will be over 220 million smart phone users in the South Asian country.

The government is planning to introduce a set of measures to inform the people about dangerous touristic zones across the country. The culture and tourism ministry says it will place warning signs at these zones and has also written to all state governments requesting them to introduce safety measures at touristic sites. 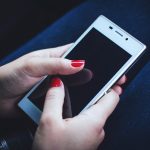 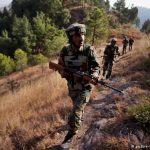