According to the Constitution President Kabila cannot stand for re-election when his term ends in December. But he doesn’t seem keen on leaving. And the chances for a change at the top are not good.

The Democratic Republic of Congo’s (DRC) Electoral Commission (EC) on Saturday proposed that presidential, legislative and provincial polls, originally scheduled for November this year, be postponed until sometime in 2018. Fearing that this delay is part of what is seen as maneuvering by President Joesph Kabila to stay in power beyond the end of his second mandate, the political opposition has predictably rejected the plan.

The EC’s proposal was presented during a first meeting of the so-called national dialogue, aimed at defusing a tense political situation caused by Kabila’s reluctance to leave the presidency. From Tanzania, where he is on an official state visit, President Kabila did not address the proposal directly. He explained that “the main goal” of the national dialogue is to ensure that the coming elections “whether at the end of this year in December or after this year, take place in a peaceful environment.”

The national dialogue is widely perceived as being ineffectual, since only a fringe movement of the opposition and some factions of civil society are represented in these direct negotiations with the government. Even the church bowed out after street protests in September turned violent. The talks are also boycotted by Kabila’s main rival for the presidency, Etienne Tshisekedi, who leads the “Rassemblement”, an alliance of political and social forces.

Tuesday saw the start of a two-day meeting of opposition figures, another attempt to seek a common stance in the face of Kabila’s reluctance to step down. But Tanzanian journalist Jenerali Ulimwengu believes that the opposition doesn’t stand a chance against the incumbent. “They have tried to come together in the past, but to no avail.” Both Kabila father and son have used a strategy of intimidating and dividing the opposition “and I really do not see what they can do to force Joseph Kabila to relinquish power.”

Former-Katanga governor Moise Katumbi who exiled himself after declaring his bid for the presidency out of fear of being arrested, is said to be angling for a settlement with Kabila. The rumors do not seem far-fetched to analyst Ulimwengu: “It is always possible. He is really a businessman. All he wants, I think more than anything else, is to safeguard his businesses and copper interests in Katanga. I would not be surprised at all if Katumbi chose to negotiate an agreement with the government.”

84-year-old Etienne Tshisekedi who has been trying to win the presidency for many years is more intransigent. But according to Ulimwengu, he can hardly be seen as a threat to Kabila: “He has now become a relic of the past, a dinosaur. He will have to resign himself to the fact that he will not become President of the Congo.” Ulimwengu believes that Tshisekedi should step down to give a chance to younger people in the opposition. “I think he is done.”

Ulimwengu thinks that attempting to use street protests as a bargaining chip after having proved that he could get people to demonstrate in the streets against Kabila, could backfire on Tshisekedi: “There has been so much bloodshed that you wonder if this kind of thing can be sustained. People are not going to come out and demonstrate every time they are called out to be killed,” he added.

In September, several people died in demonstrations demanding Kabila’s resignation. In the aftermath, the United States of America made it clear where they believed the responsibility for the bloodshed lay, by placing two of Kabila’s top aides, both generals of the national army, on their sanctions blacklist for inciting political violence and human rights violations. Washington has also pulled out all diplomatic staff and issued a travel alert for the capital, Kinshasa. The Congolese government swiftly accused the US of instigating “chaos” in the country. Washington is not alone in increasing pressure on Kinshasa. On Monday, France’s Foreign Minister Jean-Marc Ayrault didn’t rule out sanctions against the DRC should Kabila insist on running for the presidency. 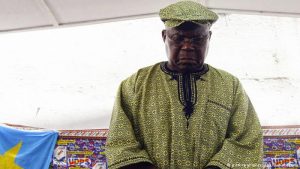 But Jenerali Ulimwengu says the international community is just paying lip-service to the Congolese democracy. “As long as their companies can get all the profits that they get from copper extraction and other businesses, I think they will not push him too hard. They’ll just hold their noses and do business with him and his acolytes.” Meanwhile the United Nations have discredited themselves in the DRC, owing to a string of scandals involving some UN peace-keeping troops (MONUSCO).

Kabila himself might not have that much of a choice when it comes to clinging to power. His acolytes, who helped keep him in office and depend on him to retain access to the country’s considerable riches in commodities, are not keen on letting him go. “In one way we can consider Kabila a prisoner in Kinshasa, who has people who keep him in power for their own benefit. He is not really in charge. The army is in charge, as are some business interests,” Ulimwengu said.

In power since 2001, when he succeeded his father Laurent-Desire Kabila after the latter was shot dead by a bodyguard, the younger Kabila was elected in October 2006, in the first free poll in decades. He won a second mandate in contested elections in 2011, vowing, at the time, to respect the two-term limit set by the Constitution. 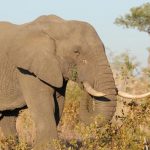 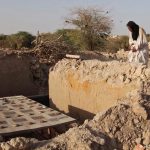 « A cheating spouse
Paris climate accord ratified, to start in November - UN »

Being cheated on can be a traumatic experience in which you're left wondering why me? It will leave you feeling...