Paris climate accord ratified, to start in November - UN

The United Nations says the climate change agreement has been ratified by a sufficient number of countries to come into effect next month. Seventy-two countries have now endorsed the deal. “On October 5, 2016, the threshold for entry into force of the Paris Agreement has been achieved,” the UN’s climate change body announced on its website on Wednesday.

Support for the landmark deal widened to countries representing 56.75 percent of world greenhouse gas emissions, above the 55 percent needed for the accord to come into force. The UN said the accord would formally begin on November 4.

Agreed in the French capital last December, 195 countries have agreed to drastically reduce carbon emissions, as part of a bid toto cap global warming at well under two degrees Celsius (3.6 degrees Fahrenheit) compared to pre-industrial levels. Of the signatories, 72 countries have so far ratified the deal.

By the end of the century, signatories will be required to shift away from fossil fuels as part of efforts to limit extreme weather and rising sea levels.

Shortly after Wednesday’s announcement, a spokesman for UN Secretary General Ban Ki-moon said he was “very encouraged by the tremendous positive support from a broad coalition of countries” to bring it into force.

Ban Ki-moon addressed the European Parliament on Tuesday, shortly before the Paris agreement was ratified by MEPs

On Tuesday, the European Parliament ratified the accord on behalf of the 28-member bloc, after several EU member states – including Germany and France – individually approved the agreement.

Other major emitters including China, the US and India are among the countries that have already ratified the deal.

Later on Wednesday, Canada’s parliament was set to be the latest on the list.

Green groups quickly hailed the UN passing of the ratification threshold, especially as the Kyoto Protocol, a 1997 predecessor to the Paris agreement, took eight years to gain enough backing to enter into force.

“This is a welcome development after years of frustratingly slow progress,” said Andrew Steer, president of the World Resources Institute, a Washington-based think tank. “With the agreement in full force, countries can shift their focus from commitment to action.”

The progress on the deal to date “demonstrates unprecedented political momentum for climate action and bodes well for us moving forward,” said Thoriq Ibrahim, Environment Minister for the Maldives and Chair of the Alliance of Small Island States, that are likely to be most impacted by global warming.

The Paris Agreement will enter into being just days before the US presidential election on November 8.

Republican presidential candidate Donald Trump has threatened to pull the US out of the agreement if elected, while Democratic challenger Hillary Clinton supports the accord. 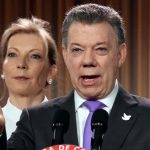 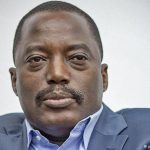 Deutsche Welle Reports: According to the Constitution President Kabila cannot stand for re-election when his term ends in December. But...