Words from my millionaire mentor 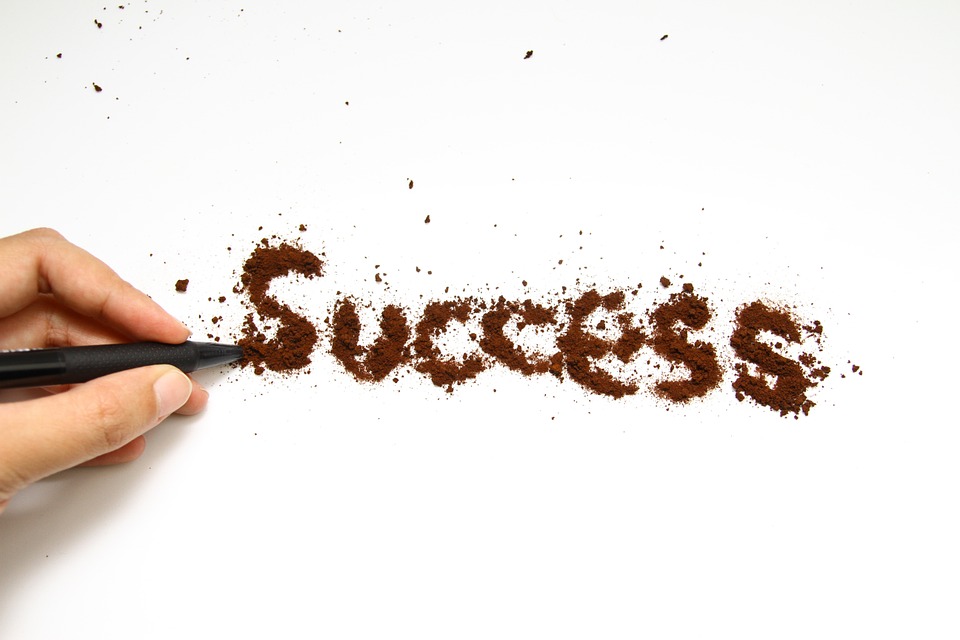 Ok, so I’m excited to say that I was talking to one of my mentors the other day, and he gave me some great advice, he is a man who is straight to the point, and blunt. I met him by luck while in New York City when I was talking to someone about success, and he overheard the conversation. He isn’t flashy with his wealth, but he is very successful. He always tells me that opportunity is the tool that can let you dig the gold that you always been searching for.

After talking to him, and asking him countless times if I can share some of his words on my website, he finally agreed, and sent me an email that he told me to share about his life. It talks about his rise to being the great entrepreneur that he now is, but his life wasn’t easy. I think one reason why he, and I connect so much is because we also have so much in common, although we’re both from two different cultures.

You know the “poverty mindset” it is one that will keep a whole city of people stuck in a low-income bracket because they all feel hopeless.

Just like me his girlfriend cheated on him when he needed her the most at a pivotal point in his life, just like me all his friends turned their backs on him, and just like me he was a child lost without hope, until he gave himself some hope, so I’m ecstatic that he allowed me to share this email with you all. I hope you all can get something out of this, and enjoy because he is speaking some real facts here.

He is a very private person, so he told me not to upload his photo, but he did tell me I can use his name, and so here it goes, ladies and gentlemen here is one of my mentors Seth Goldstein in his own words.

*Quick disclaimer, Seth speaks raw and uses profanity at times, so if you’re easily offended, then you should click off from here, but like what he says, if words offend you easily then you’re not meant for the world of business, maybe you should continue being an hourly employee, and see how well that works out for you*

“Hell Rasheeal I am happy to send you this correspondence with the utmost respect. First and foremost I am quite happy with seeing your progress, and seeing how far you have come. I know that you will go further, and shake the world up, so I’m telling you now to keep up the good work. Continue to inspire people; you are bound to join me in my country club in no time.

You are the one that can make yourself live in heaven or in hell on earth. Click To Tweet

Before I go on, I must also congratulate you about your new book that you released “Be
the master of your surroundings,” it is a marvelous read, and I’m sure to share it with the big boys at the country club. You keep up the good work and promote the shit out of this book because the world has to see it. Now where do I start? Should I start with saying how horrible my early childhood was? I was born in Hell’s Kitchen in New York around a time when it was very rough. My mother had me and my sister, who later went on to be a prostitute. I grew up so poor that at times I was cursing god. I would occasionally say why me? Why am I living such a poor existence?

What did I do to get the bad end of the stick in life? Was it something that I did in my past life, or was it something that my great grandparents did, and it cursed me? I would always ask myself these type of questions, I guess I was just a weird kid like that. I knew that being poor wasn’t fun, and since I could remember, I would always ask my mother why are we poor. My father wasn’t around, but from what I was told he was a Rabbi who fathered many kids, and just left. I’m not too sure because when I would ask my mother she wouldn’t really want to talk about it.

Later on in my life I came to accept the notion that maybe she was just deeply embarrassed, and so maybe by not  speaking about it, that was the best thing to do after all. Anyway I hated being poor, I hated going down to the welfare office, and I hated collecting food stamps. I always found myself trying to convince myself that there was a better way. I knew that I would be able to find a better way, but I was surrounded by people who were programmed with the “poverty mindset.”

You know the “poverty mindset” it is one that will keep a whole city of people stuck in a low-income bracket because they all feel hopeless. They feel as if being rich, or getting out of their current financial state is impossible, so they sit around all day, and do nothing about it. They would much rather to complain about their problems, instead of trying to fix it. They would also much rather to point fingers, and blame others for why they haven’t gotten ahead.

I was surrounded by that attitude while growing up in Hell’s Kitchen, and for a minute I felt lost. I felt like I couldn’t find my way because I was surrounded by people who were poor. They had poor thoughts, poor style of dressing, poor eating habits, they had a poor sense of morality, and everything else that came with being poor; they also had that too. Although I was around these people I knew that I had to do something better. I knew I couldn’t allow this to be me. I had to figure out a way. One day I went down to the library and then I was introduced to the book that changed everything for me.

The book was Napoleon Hill’s book “Think and grow rich” it changed me, and for the first time I learned that I can also accumulate the wealth that I desired. So, I went out, and made it my priority to make my life one of abundance. I read more books, and studied anyone who was great in their chosen field. My mother was halfway supportive, when I told her that I was going to get rich, she shrugged me off like “Ok, that’s cute.” I was devastated because of all people I wanted my mother to at least believe in me, and see my vision, but I guess she didn’t.

I remembered that I read somewhere that we’re creatures of habit, and I guess my mother was so used to being poor that the thought of me being rich, or saying that I would become rich seemed almost unrealistic in her eyes, so at that point I didn’t really become angry. I looked at it almost like she didn’t know any better. I had a girlfriend who I was dating at the time. I really loved her, but as time went on she kept complaining about my job. At the time I worked at pizza store, and she was irate at the fact that I wanted to become something greater.

She believed that I should go to school, and just pursue a better job path, but I just couldn’t do that because it wasn’t in me. I felt like it wasn’t who I was meant to be. Later on I found out she was a slut. She slept with other men when I was working at night, and then she went on a trip to Europe with her college, and she admitted to me that she slept with men there, and even told me that quite a few of them were “millionaires.” I was crushed because they were everything that I was looking to become, and here I am being belittled by the woman who I was in love with. I felt like a piece of shit for weeks.

She played it off like it was my fault, but I knew it wasn’t. I did nothing wrong, but was trying to become rich. At this point I started to question myself, and wonder if I did have what it took to actually get rich. I was so devastated by what she did that I just wanted to call it a day. I was on the verge of just packing it up, until I came across a book by Dr. Joseph Murphy called “How to attract money.” This book shaped my mind at a time when I needed it the most.  I knew then that if my girlfriend wanted to be the “easy slut,” then not my problem, it’s her vagina and not mine.

Now my focus changed, and when I told my best friend he just laughed, and gave me all the reasons on why I would fail. I knew that I couldn’t allow him too ruffle my dreams, so I choose to cut him off. I spent years working to save the money to start my first business, and the first business that I started was a car wash which failed miserably. I didn’t know what to do next, but I knew I wanted to have success. So after a few months I shook off the pain of defeat, and then came right back at it, and I failed miserably once again at a pet grooming business.

At this time I guess I was stupid because I went back to the “cheating girlfriend,” and guess what? Yup you guessed it, she cheated again, I guess sluts can’t help themselves. I know what had leave her, put my love to the side and continue chasing success. After five years of failing, and not giving up when everyone told me I should have, I had finally started making a profit from my new business, which collected raw steel, and scrap metals.

Now, fast forward now, and what I teach you Rasheeal, and countless others is the basic principle of not giving up because if I had given up, then I would have been like all those other people who I grew up with in Hell’s Kitchen. You are the one that can make yourself live in heaven or in hell on earth. Now, I think I shared a good amount of my life, so I will go for now, until nest time Rasheeal, keep up the great work.”

So there you have it, the words from one of my mentors. He surely is one hard act to follow, but his words are very powerful, and whenever he speaks I listen, and I just feel fortunate that I was able to share his words with you. I hope you’ve gotten a lot out of this, and now know that you have to go out there, and make it happen for yourself! 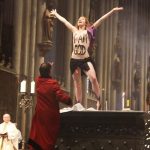 « Why job security is a thing of the past
Today for you, Tomorrow for me »

Why job security is a thing of the past

We have now reached a point in society where many people are...