What the animals said while watching Humanity

Pandemics
arise out of mass hysteria, and where that starts is within the heart of an individual that then spreads out of control.

Currently, if you were to take a look at society it seems that humanity is taking a hit. One where the current state of humanity is a state of war.

A world war with an enemy that is hidden, a virus they say, but this war is one with two fronts. 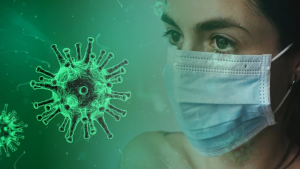 The first is the one where there is a virus known as Covid-19 that’s spreading and another where “Fear” is spreading even faster than the virus.

The war is being fought in hospitals and medical facilities all over the world, along with being fought in the hearts and minds of every human that is walking the earth.

Throughout all of this humanity has come to a standstill.

People are being told that they must socially distance themselves from others in order to combat the spread. 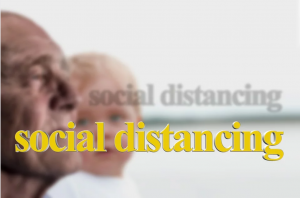 What has now manifested is what was happening in the mind of man where for the last couple of years we have been mentally distant in ideas and agreeing on issues that would have united us.

There were even talks of an actual world war with nations fighting and world leaders were power hungry.

People became so politically distant and socially it was only a matter of time until our own mental actions would manifest into something physical and now this brings us to Covid-19. 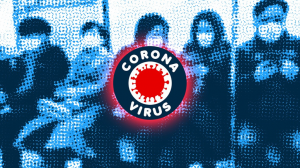 Man’s inner feelings of being distant has now created the outer reality that we must distance ourselves, they say if we don’t it can add to what is being called a global public health crisis.

As humanity spirals in a direction many of us never seen in our lifetime or pictured we would see.

The animal Kingdom are watching and here is a story that came to me the other night as I was channeling with some students via video. 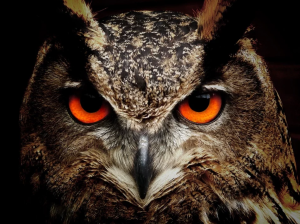 The skies were blue and above on a branch sat an owl observing the current state of humanity.

A small bird flew and landed next to the owl, and asked “What is going on?”

The owl looked around and replied “They are acting uncivilized.”

The small bird was perplexed and couldn’t understand how “Humans” were uncivilized when he always believed that humanity and humans are what kept the world moving.

“I don’t understand can you please explain?” The small bird asked.

The owl leaned over and with a mild grin replied.

“For centuries they believed they were superior, but look at them now and it seems they’re acting like animals fighting for toilet paper, food and are filled with fear. Our society is still functioning but they are filled with uncertainty as if they don’t know how to survive or find food.”

The small bird was now intrigued and wanted to hear more.

“Don’t they have a inner instinct?”

“Well it seems without their written laws they don’t know who they are, well some of them don’t.” The owl replied.

The small bird didn’t understand exactly what was being said.

In flew a hawk that landed and said “I see the problem that has brewed.”

The small bird leans over and wanted to hear more when suddenly a snake below slithers by, and speaks. 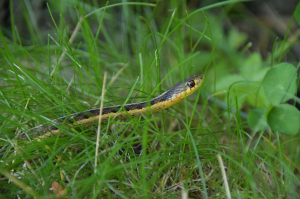 “They are doomed and it is their own doing.”

The birds look below as the snake speaks, and a group of coyotes gather with some wolves. 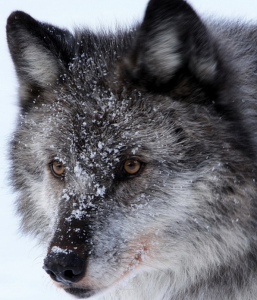 One wolf howls “They claim to have the mind to build weapons of warfare and other advanced innovations, but are unable to fight a virus.”

The owl now observes dozens of animals, and even bugs come closer to them.

All species had something to say about humanity as they were all gathered. 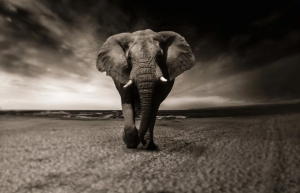 One beaver even echoed how acres of forest that he roamed in was cut down because of man’s greed.

Another Polar Beer spoke of how he is now forced to be on dry land  for his survival all because mankind polluted his environment.

“We all have our issues with them.” The owl said.

Every animal or insect had some gripe with humanity, and although many had issues with each other like the snake and the mongoose, one thing all the animals and insects could agree on is that they will always know how to reach within for their own basic survival.

They knew that their instinct will always be what gets them through the land, and here we have humans many who forget who they are and forget the words of Mathews 6:26 when it says

“Behold the fowls of the air: for they sow not, neither do they reap, nor gather into barns; yet your heavenly Father feedeth them. Are ye not much better than they?”

The fowls of the air and many other animals don’t hold fear when it comes to their survival because they rely on their instinct which attaches them to the universal production and harmony within nature.

Their instinct is what makes them know how to find food and shelter, and that is what gives them an internal connection to the heavenly father which is just a name for the universal instinct or collective consciousness of all things within this realm.

Humans are supposed to be much better than they as we have a mind and our thoughts are things that come from the universal collective consciousness because it comes from within us.

An idea that a person has is as real as the product or service that comes from that idea.

Remember all things stem from an idea and your instinct shall feed you ideas which translates into you creating a product, service or some solution to the problem of another and in return you’re rewarded financially and so your idea created a way for you to help another and help yourself. 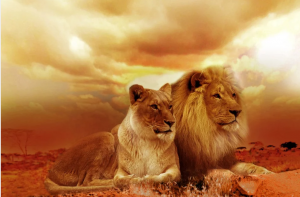 Humans hold a great amount of power, but when we forget it and fall into a state of lack that’s when a person forgets who they are, and can even be laughed at by the animals and insects because at no time does a lion forget that he is a lion and worries about his next meal.

The lion doesn’t worry because he trusts his instinct.

When you don’t trust yours that’s when you lose site of who you are..

Listen to the Podcast that continues where this left off titled “Where is GOD hiding? Where is GOD in all of this?” here.

« Master Your Emotions
The Belief in Lack »