The Belief in Lack 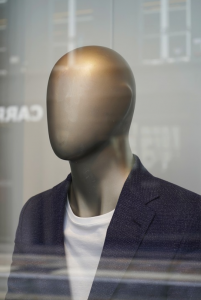 Ask a person if they believe in lack and I’m sure that outwardly they would deny it, and would probably look at you like you were insane.

If you were hellbent on finding someone that would admit their belief in lack you still wouldn’t find it.

Now, do another observation and listen to the words that comes out of the mouth of most individuals and then you would see that their belief in lack is evident.

Their typical speech range from “There is a short supply,” “I don’t think it will work,” “Just look at the risk.”, etc..

Their conversation would clearly highlight their lacking mentality, and it shows exactly why their lives might be in short supply.

A person is meant to live a balanced life you know,

When a person is lacking in one of these areas it is the cause of their problems.

A person that is lacking in love will typically have conversations along the lines of “Love is hard to find,” or “There is no such thing as real love.”

This person has consciously decreed their feelings about love and their life reflects the very thing that they claimed in consciousness which is a lack of love. 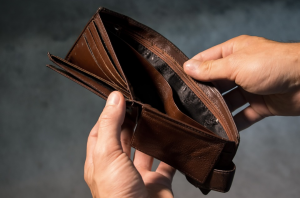 The person who is living in a lack of wealth might be financially broke or internally broke because wealth isn’t just represented in dollars and cents, assets and liabilities, but it’s also represented with how happy a person is with themselves and with the world around them.

The person who lives in the mentality of wealth knows that the universe is abundant, and never lacks.

They know happiness and sadness are homes that are built side by side and instead of walking inside the home of sadness like so many they choose to enter the one of happiness.

They know the law of opulence and so focus on living an opulent life which is filled with balance and harmony.

Harmony with their surroundings and properly having understanding of the Law of Hypnotic Rhythm.

The Law of Hypnotic Rhythm states that if a thought or feeling is constantly repeated it eventually develops into a habit, and will permanently influence the subconscious mind.

The person who believes in lack has unconsciously used this law to influence their subconscious mind to give them a perpetual experience of lack.

Health is true wealth because without your health you have nothing.

A man can have a billion dollars and be in poor health,  and another can be in abject poverty but be in the best heath.

The rich man is only financially healthy and is bed ridden unable to enjoy life and truly express himself, while the man who is poor and healthy still has health so he still has the ability to create financial success within his life.

Health is wealth and without it an individual is unbalanced.

Freedom of expression is what completes a person.

It’s the ability to be you and express yourself without being censored or feeling like you can’t live life in a way that you feel best fits you.

When a person hungers to express themselves in a way that they want to, they’ll feel like they are dying on the inside and then it makes their outside world extremely miserable.

A person who isn’t truly expressing who they are will slowly have a little piece of them that dies on a regular basis.

Getting rid of lack is easy when you are aware of it.

One true affirmation that you can use to remain calm is recite “Day and night I prosper in all my interest.”

This simple sentence creates no opposition and whatever is your interest consciously turns into what you prosper in physically.

This is why you see so much lack because within consciousness most have affirmed it, and then they speak it forgetting these words of

“But those things which proceed out of the mouth come forth from the heart; and they defile the man.”

“There is nothing from without a man, that entering into him can defile him: but the things which come out of him, those are they that defile the man.”

It’s the words of an individual that defile them, not what they choose or choose not to eat.

The conversations that form from your words carry a feeling that come with it, unbeknownst  to the unaware individual this feeling gives the subconscious mind the instruction to continue giving this feeling which creates our outer experiences whether good or bad.

When folks aren’t aware of this law they wind-up giving life to more lack and so they believe in it, but aren’t aware..

Remember consciousness is everything..

Listen to this week’s Podcast which is the audio presentation to this with techniques, listen here

« What the animals said while watching Humanity
Remaining Calm »

What the animals said while watching Humanity

Pandemics arise out of mass hysteria, and where that starts is in the heart of an individual that spreads out...