Truth as defined means something that is in accordance with a fact or reality.  Then I guess even the word “Truth” can be subjective when applied to certain individuals.

We know that some things are always true like water being wet, and gravity can’t be seen but it’s present in everyone’s lives.

Those truths will always be fact as long as time, and the universe exist.

Although the gravity part changes if you were to leave earth so that fact is subjective based on the “Planet” you’re on.

This brings us to the truth that lives within an individual that changes based on their mental state.

One person can see themselves as being penurious and without hope.

While another only sees their current situation as a building block for their future. 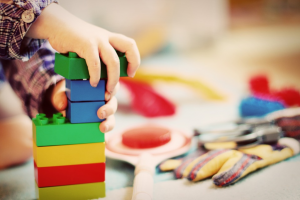 Their impoverished setting isn’t their final outcome, while to another they might think a change will never come.

Both are creating their own version of what truth is to them.

The only problem here is that the person who doesn’t recognize that their own acceptance of their current reality as the final outcome will continue to live unfulfilled without realizing it.

They will go on with their life in a miserable unfit manner, and will always find some gripe with life.

They might even think people who outpaced them and excelled them were “lucky,” or sold their sold to the “devil,” or come up with some other erroneous philosophy as to why they haven’t gotten ahead.

If they were aware of what they were doing then they would be more conscious of how what they feel and think now is what is creating every area of their life.

“And ye shall know the truth, and the truth shall make you free.”

When you know the truth of being aware to your thoughts, and you know that they’re pieces that will always fit in place to shape an overall finished puzzle that are all pieces on the board that you call life  this will always give you freedom. 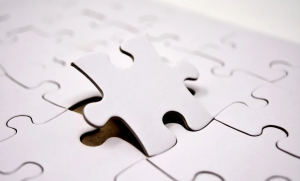 The freedom is in knowing that if an unwanted thought presents itself you’re aware to assess it and use the correction method to correct it.

Being free is what we all desire, but only a small percentage experiences real freedom because many allow themselves to be ruled by the thoughts that are the most defeating.

The saying “The devil is a liar,” has a great amount of truth in it.

As true freedom and expression of self is GOD coming through you, and allowing you to live in your truth.

To live in a lie and be uncomfortable is the devil and this lie will make you believe, or try to believe that there is no better in life, and that everything is just the way it is and you can’t change it.

That is the great lie and to believe this means you have deceived yourself..

Come and listen to the audio version where this left off here and see how you can become the “Epitome of truth..”

« What is being said?
The Faculty of Imitation »

What is being said?

The great words that we immerse ourselves in is the great cocoon that we come from. You fly by your...