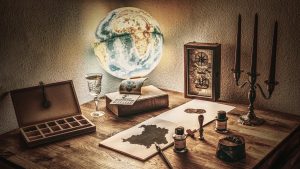 In every area of life there are laws, and when you break them you are bound to suffer and pay a penalty.

We all know that when we break man’s law or the laws that are made in state capitals by legislatures throughout our country one might face a civil or a criminal penalty.

These laws are created for us to follow, likewise the same goes for the laws of the universe, the laws of mind, and the laws of life.

These laws respect no one, they don’t care if you’re a good person or a bad person.

Everyone will face the same consequences if they were to break these laws.

Some people break them unknowingly and are always facing the consequences that comes with breaking these laws.

I knew a woman who would tell me about how she is a good person, but she kept on meeting men who weren’t up to her standards, and all the gentlemen that she encountered were all sub par.

She told me how she was convinced that there are no good men and that she contemplated giving up dating altogether.

Within her heart she had convinced herself about men and how there are no good men.

I told this woman that by her making it “law” and by her convincing her subconscious mind that there are no good men left; she was cutting off the flow of any good men or any ideal man from entering her life.

She used this law incorrectly and by doing so she got the results based on how she used the law.

If she knew the laws of mind, and if she knew that the laws of life are laws that respect no one, and they’ll dish out punishment or reward then she would have been on a better path. 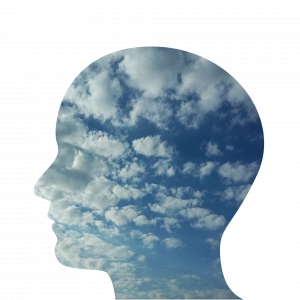 These laws work based on the operator of them.

It’s like a baby, and a baby has no concept of right or wrong. It takes a responsible adult to guide a baby in the right direction so that they won’t wind up doing something that can possibly hurt them.

Someone who tries to deal with an electrical circuit without knowing the fundamental laws of electricity might risk getting electrocuted and dying although they might be a great person.

A man will go through life feeling like there is a jinx following him, and no matter what he does he feels like he can’t get it off.

He’ll probably feel like he’s cursed; unaware of the laws of mind that he is breaking, and the more he keeps on feeling like he is cursed and is feeling like he has a jinx following him then those effects will be felt.

The laws of life are essentially the laws of belief and as Jesus said “it is done unto you according to your belief.”

Your belief becomes the driving factor of all that you may encounter in life.

Take this into account; you will never get ahead if you believe that you can’t or believe that someone else is in your way stopping you from advancing.

People who always do this have placed themselves under a mental bondage that keeps them from ever excelling.

They will use the blame tactic to justify their own failure, and they will never see that they are the cause of their failure by using the laws that we are given in a way that is very detrimental to their survival on earth.

When you are living like this, and are thinking like this all you’re doing is creating a mental assumption of what life is (or what your life is) and then you’re attracting that in your life.

The outside world is a liar and if you are susceptible to these lies then you will make yourself fall into a world of hardships.

If you told this to the majority they wouldn’t believe it because this info is too much to swallow for the non illumined mind.

It can come across as mumbo-jumbo because half the world has been lied to, or they’re living in a lie..

Think about that for one second and come check out the podcast that is the audio presentation of this titled The law of life.. click here to listen..

Stay blessed and always remember who you are..

Speech and speaking is a very vital and important part to the existence of humans, we communicate verbally to get...