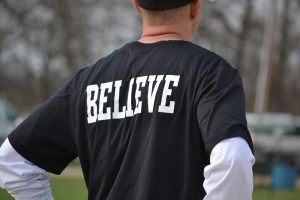 I’m sure that you’ve heard the saying “Seeing is believing,”  or the fact that most people don’t believe something unless they see it.

Then most of the time they’ll never see anything come to life because quite frankly they don’t believe it, and then wonder why it didn’t blossom. Luckily for humanity throughout human history, the great thinkers didn’t believe like that because if they did, we probably would have been doomed.

Airplanes and automobiles wouldn’t have come about if the inventors waited to see it before they believed in the idea. They had to already believe in it and knew that it was true well at least in their minds they did.

So what is it that you can’t see?

Or let me ask this again what is it that you believe in, but others can’t see?

Ask yourself this question does it really matter that others don’t believe it, or can you believe it into existence?

“Then touched he their eyes, saying, According to your faith be it unto you.” Mathews 9:29

Are your eyes untouched and still closed because you don’t have real faith, and now you don’t believe deep enough to see the manifestation of your idea?

When you make yourself unaware that your belief brings everything into existence then all you’re doing is placing yourself in a box of confinement and trust me in my travels I’ve seen people who have done this and only caused hardship after hardship because they believed in what they saw, or what they had faith in.

Unaware that if they reversed this saying, and crafted a new meaning, it would be their number one ally.

Over the years the indoctrination we received from certain “phrases,” and sayings has become real to us.

How many times have you seen people who will always claim life is hard and in return, it’s true because it is, or at least to them it is?

Everyone says affirmations and they don’t have to be phrases or sentences that you sit around saying for hours.

Once you affirm something to be real it will be real, it’s kind of like the person who keeps telling themself that they can never catch a break, and it seems like life is out to get them.

I’m sure everything that they say becomes as real as the sky is blue because they placed faith in all the wrong things.

Closed eyes can’t see anything the same way that closed mouths won’t be fed. You will close yourself up to the good that is trying to come your way when you take on the characteristics of someone who only believes what they see.

It can sound crazy to some because in this world that we live in many things are crazy to the majority who have closed eyes.

There have been times where I found myself being the only one to believe in an idea, and everyone around was lost. When I made the faithful decision to stick with it that was when everything worked out in my favor, but the times I listened to others it backfired.

After constant trial and error, I learned that the words of believing is seeing is more true than seeing is believing because if you only believe what you see then you might have moments where your eyes are playing a trick on you.

These moments can turn you into an individual who only accepts life instead of creating life although you’re always creating, everything will always depend on how you use your creative power.

You are here to express yourself in every way, and never give this freedom of expression that you inherently have to any idea that isn’t in line with your true purpose.

If a person can believe in a GOD in a distant place in the sky, but always believe that this GOD will punish them for any misstep they have then they are giving themselves the wrong idea of a GOD who in one breath they will say loves them.

You must never have two masters or two beliefs that contradict each other because the dominant will always rule supreme, and just think about how that can work out for an individual. 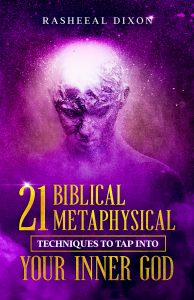 It certainly doesn’t work out well…

Strengthen your third eye and you will strengthen your belief in the idea that you were placed here for a purpose one that is noble and just.

Click here and listen to the latest Podcast episode that talks about strengthening your 3rd eye. 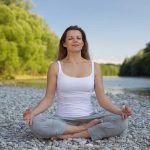 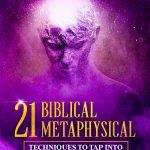 The great thing about Biblical Metaphysics is that it's a science of the mind that is a beautiful spiritual system...